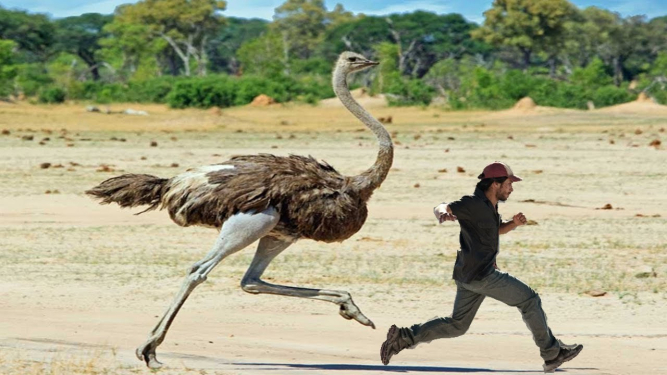 Requested by and dedicated to our Canadian Friend – Told by Strauss Jordaan – Then PH, currently minister of Hunting Happiness and Logistics at Wintershoek Safaris

When I look back over the years, I realise that there were definitely some very specific events at different times in my hunting career that helped shape me as a Professional Hunter and also as a person.

There has been some seriously close calls and dangerous situations while hunting dangerous game throughout the years, some of the most amazing days, and some bad days out in the field.

The older you get, the more you realise and admit that you never stop learning! I think this is basically the same for most Professional Hunters that have been in the industry for a while.

Another thing that I think is the same for most or all of us, is that at some stage really early in our careers, we all get to the “Meneer” stage (Meneer is Afrikaans for “Mister” – Reason for this reference is a stage and point where you have an elevated sense of self-worth, ability and attitude). The bush would then normally find a way to bring you back down to earth very quickly, and if you are lucky enough, nobody gets hurt in the process, and you can look back at it and have a good laugh afterwards!

My meeting with the John Deere Slayer was one of those incidents that very quickly brought me down to earth very early in my career………..and fortunately nobody got hurt……well seriously and physically hurt anyway.

I was 21 years old, and If I recall correctly, it was about my third hunt guiding my own client after about a 2-year apprenticeship. The first two went really well with both clients going home very happy. I think I was very quickly moving into the “Meneer” stage of my career, and with my new and shiny .338 Win Mag in my hand, what could go wrong!!

The hunt started off really well and my client, we will call him John, got some very nice trophies the first few days and was having a blast.

We were hunting on the old Wintershoek Safaris area which is now Mokala National Park. John was looking for a Kudu, but our quota on Wintershoek was low for the year and I knew that there were some very nice free-ranging Kudus at our neighbour’s place, who was mainly a cattle farmer at that stage. This neighbour of ours was none other than a Mr. Wiaan van der Linde. Now for those of you that do not know, Wiaan is now the owner of Wintershoek Safaris and I have been working for him for more than 20 years.

I gave Wiaan a call the previous evening and he said that we were welcome to come to his area the next day to look for a Kudu. He told me which area he thought would be best to go and look.

To this day I am still not sure if he really forgot, or if he purposely failed to mention that this area was also home to an infamous Ostrich male. Afterwards I would hear that this Ostrich was famous for chasing down anything he saw, and had quite a trophy room, including a few bumpers of pickup trucks, hunting rigs, and even the front light of a John Deer tractor to mention a few!

The people working there knew better than to ever go into his area on foot off course!!! That was them though, and thanks to Mr van der Linde, myself, my tracker Kosie, and the client started walking and looking for some fresh tracks and signs of Kudu upon arrival, completely unaware of the danger lurking in the bushes.

We found some fresh tracks of what seemed to be a couple of Kudu bulls walking together and we were following them very slowly and quietly when I suddenly saw a little Steenbuck feeding with his head down about 60 yards ahead of us.

The wind was good and he was completely unaware of our presence.

John was not looking for one, but after I saw the horns on him, I told John that it was the biggest Steenbuck I had ever seen and assured him that he would not get another chance like this on foot, so he took the opportunity and the shot. I could not believe the size of it and we were all ecstatic when we got to him. I radioed my driver to come and pick us up.

Just FYI, I am not an inches man, but we later found out that it ranked number 2 in the SCI record book at that stage, so it really was a monster.

When the truck got to us, I put my rifle on the back and got my camera. Whilst taking some pictures, I saw a BIG black Ostrich male and a couple of females very casually approaching us from behind where John were laying on the ground posing behind the Steenbuck.

My shooting sticks were standing next to me and I grabbed them as I got up as a precaution, still not too worried at all at this stage.

The truck was a good 30 yards from where we were standing, and I did not feel it was necessary to get my rifle. Not for an Ostrich!!!

He kept coming closer.  Only then did I see that the male’s beak and shins were a bright shiny red, which is the sign of them mating and normally more aggressive off course. I walked over to the client with shooting sticks in hand.

Thinking back now, I cannot help but laugh at myself for the way I told him and Kosie to “JUST STAND BEHIND ME!!” in a kind of a 21 year old Chuck Norris voice off course. The “Meneer”!

I can’t recall even being able to lift up the shooting sticks before he got to me and he kicked me to the ground. I read somewhere that you have to lie down and cover your head if an Ostrich charges you, so that is what I did….. while he went ahead and made me his “bitch” for a few seconds!J

It felt like ages, but luckily for me, he left me on the ground after a bit of trampling and went back to his real ladies. When I looked up, Kosie and John were nowhere to be found. I looked at the truck and I just saw the huge eyes of John and Kosie standing on the back of the truck looking on.

When the Ostrich charged, they bailed and ran to the truck, and they had a bird’s eye view of the circus playing out in front of them. None of us could believe what just happened and we were all in a bit of shock. I ran to the truck and grabbed my shiny new .338 and put a round in the chamber. The Ostrich was at this stage walking away from us at about 80 yards, but as I took aim, I could not help but to start laughing while thinking to myself……he beat you up fair and square, are you really going to just shoot him now??

It did not feel right, so the John Deere Killer would live to see another day and he had another trophy for his trophy room, my EGO.

All jokes aside, I was actually very lucky to come away with only a few bruises and a hurt ego, as an Ostrich can actually be very dangerous and open you right up with the huge nail on the front of his foot.

John loved telling the story around the campfire over and over that evening and we all had a lot of laughs!!!

He sounded very brave, but forgot to mention the fact that him and Kosie bailed as soon as possible and left me for “chicken food”, but I thought it best not to mention any of that and spoil the fun.J

The John Deere Slayer incident taught me quite a few things that day that came in very handy in the years to come as a Dangerous Game Professional Hunter.

“ to always keep your feet on the ground,”

“ ALWAYS keep your rifle with you when you are out in the bush, even if you think there is nothing that can happen at that stage,”

“ and never under-estimate the power of a wild African animal……..even if it is just a big bird!”

The Steenbuck! Notice how heavy the bases are which made a big difference to the total score. 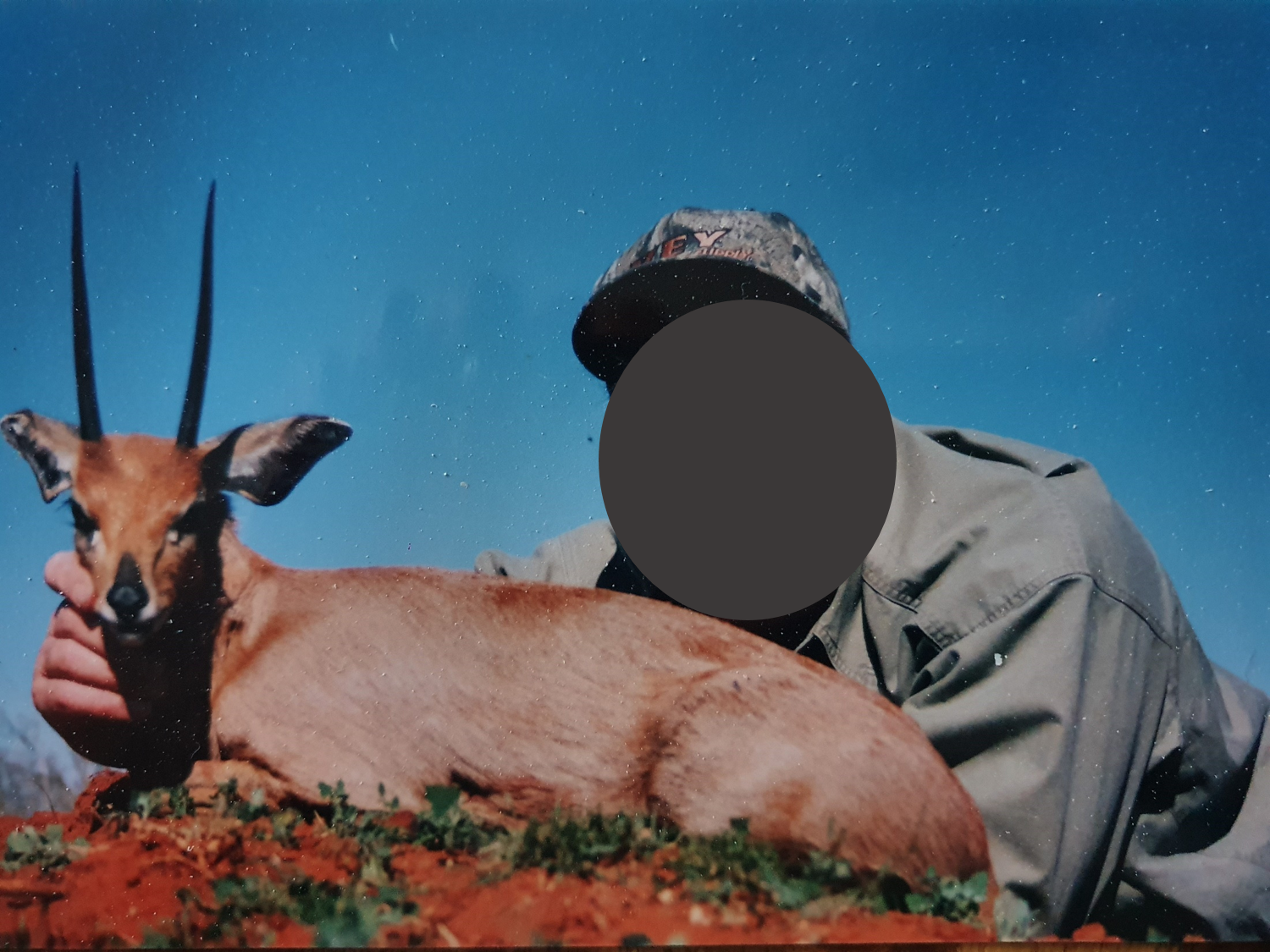 After the incident John decided that he definitely wanted to hunt an Ostrich. FYI, it is not the John Deere Slayer! 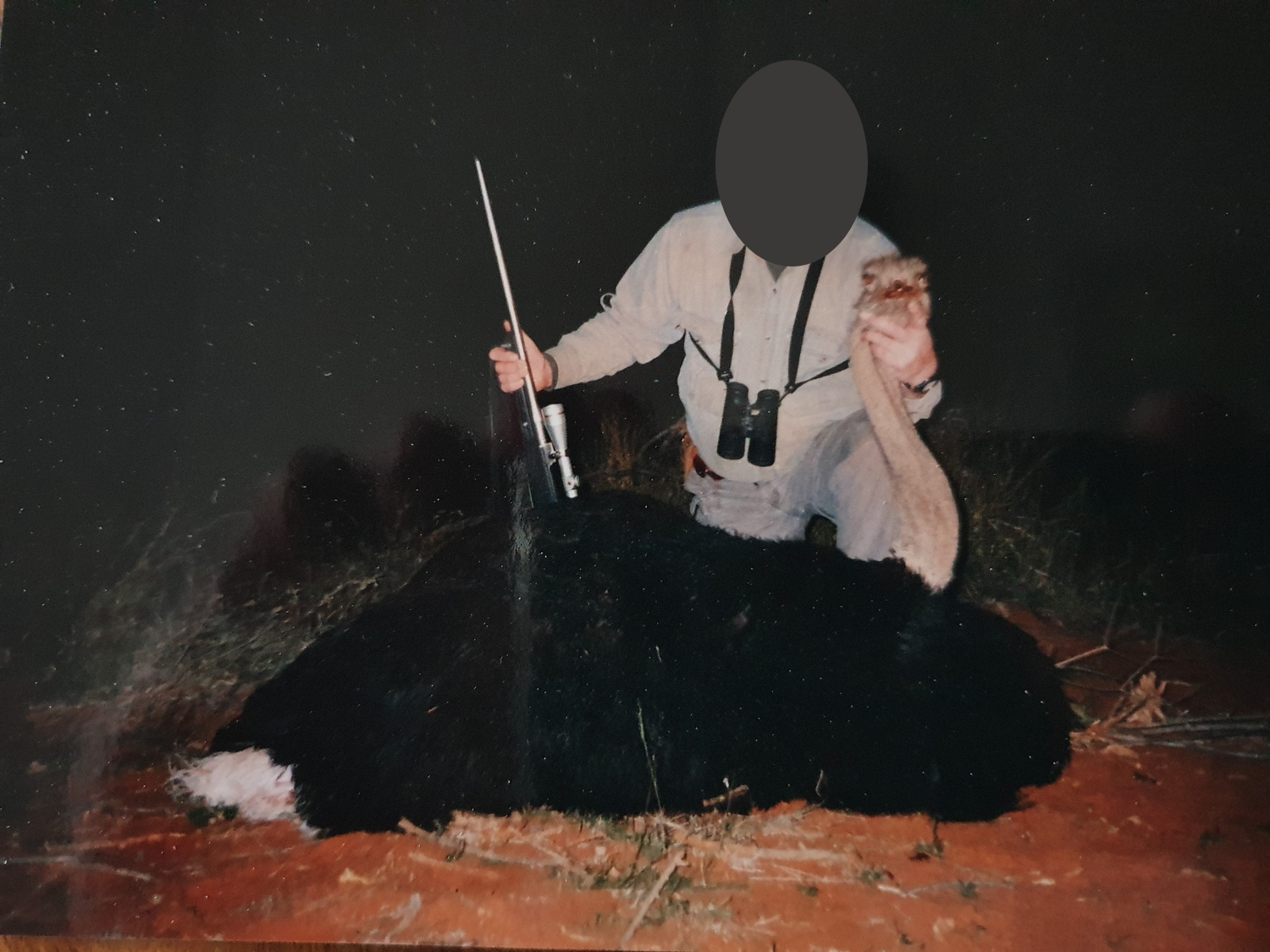 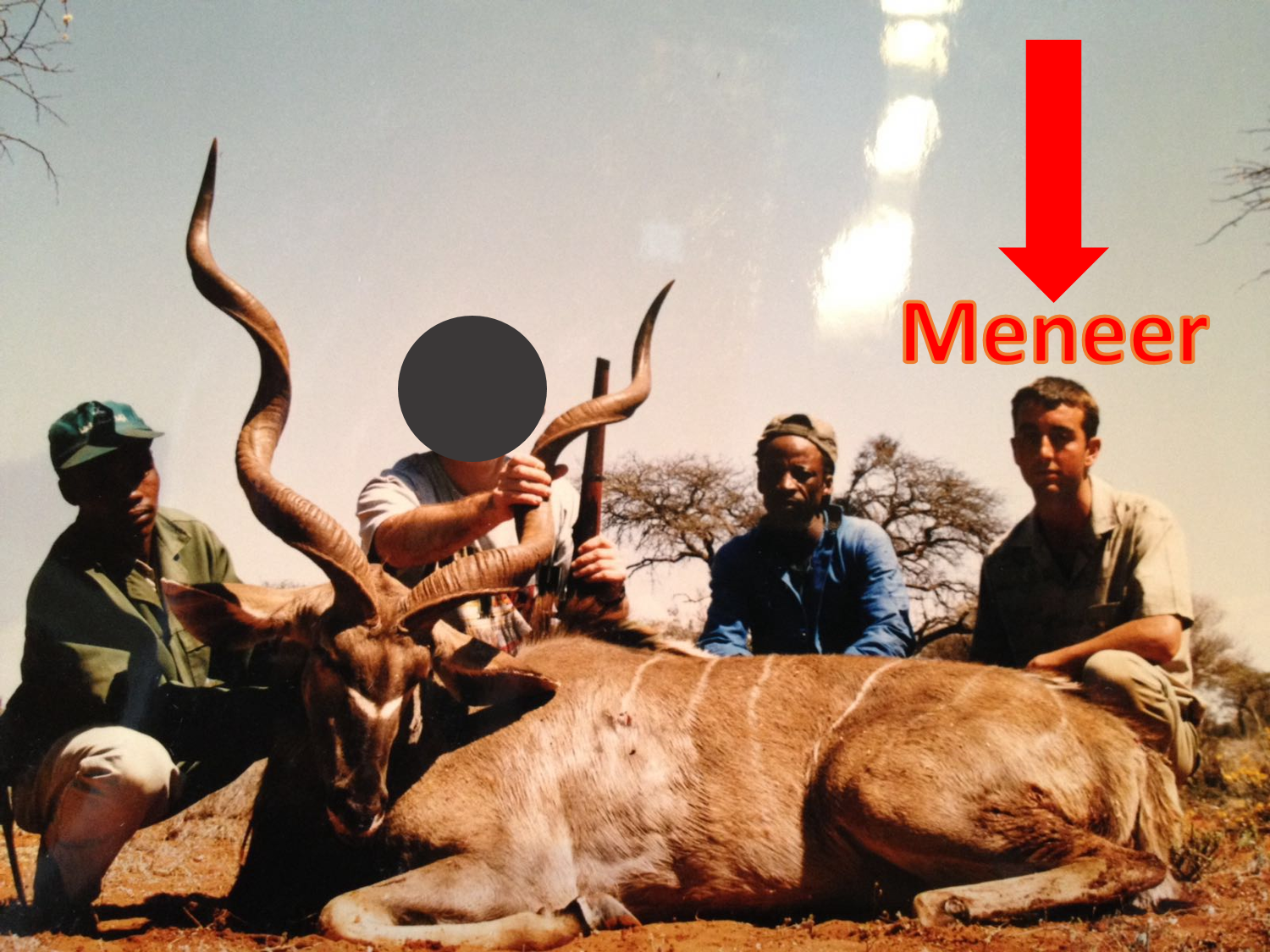 Wintershoek Safaris – Since 1982 – We are here to stay

6
Around The World, Magic Places, News, Travel Guide
Prev Next