The waterbuck is of a robust build. The shaggy coat is reddish brown to grey, and becomes progressively darker with age. Males are darker than females. Though apparently thick, the hair is sparse on the coat. The hair on the neck is, however, long and shaggy. When sexually excited, the skin of the waterbuck secretes a greasy substance with the odour of musk, giving it the name “greasy kob”. The odor of this is so unpleasant that it repels predators. This secretion also assists in water-proofing the body when the animal dives into water. The facial features include a white muzzle and light eyebrows and lighter insides of the ears. There is a cream-coloured patch (called “bib”) on the throat. Waterbuck are characterised by a long neck and short, strong and black legs. 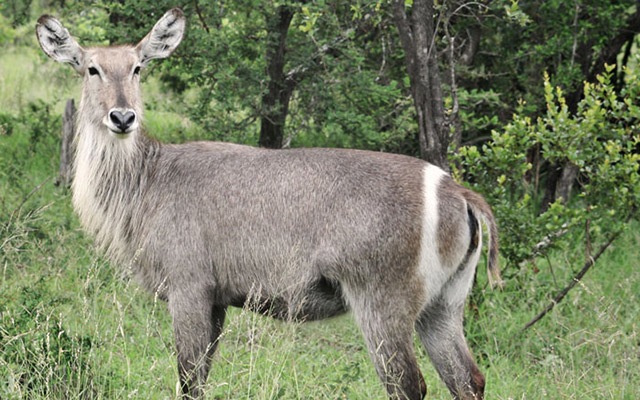 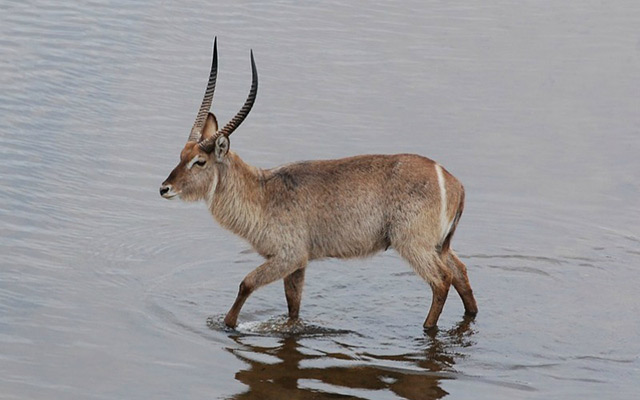 The long, spiral horns curve backward, then forward. Found only on males, the horns range from 55 to 99 cm (22 to 39 in) in length. To some extent, the length of the horns is related to the bull’s age. A rudimentary horn in the form of a bone lump may be found on the skulls of females.